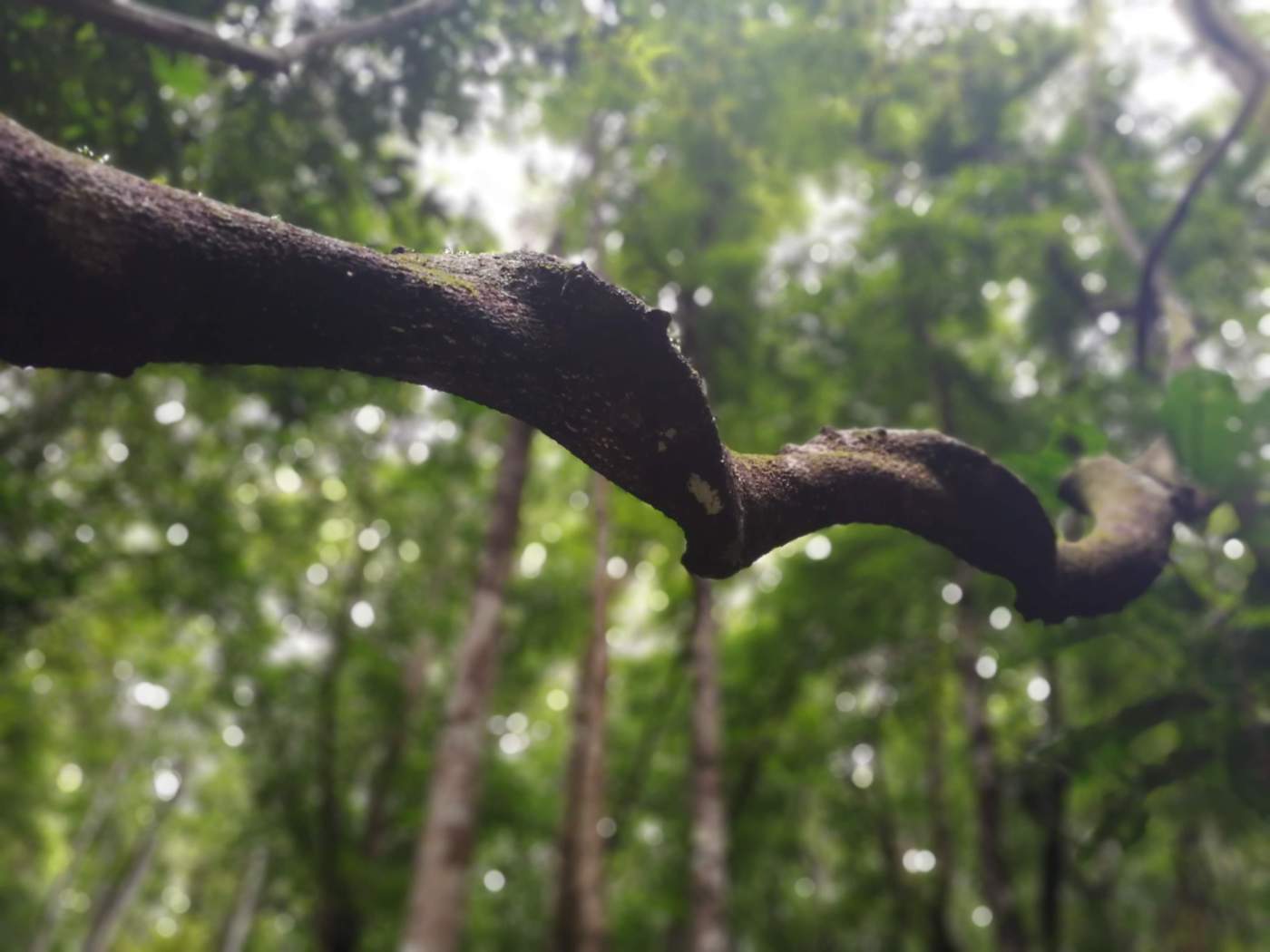 Way back in September we convinced two friends to come spend Christmas with us in the Philippines. They have been living in Hong Kong for the last 30 years or so, and as it turns out they are on exactly the same path as us: on their way back to Canada to enjoy a well-deserved retirement.

We met up in Cebu on the day they landed and had an early dinner. We caught up over Thai food (as we are still shying away from Filipino food) and had a good night. The next day we took the ferry to Bohol and then a taxi-van to Panglao, where we’d booked a really nice hotel. 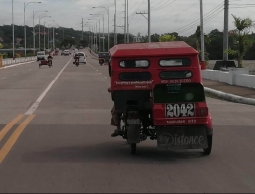 The typical tricycle on Panglao, that does not fit two travelers and their backpacks. They all have a bible verse on the back; we doubt that makes the driving any safer…

First thing you see when you get off the ferry.

Christmas Eve apparently is a big deal in the Philippines – which we knew in advance of course, as this country is more Catholic that the Vatican, or so it seems. But while we thought that people would maybe attend mass and then have a meal together (because that is what we might do if we were practicing Catholics) the Filipinos celebrate – you guessed it – with Karaoke until 3 am.

I don’t think anyone in the hotel slept much that night, but when we were woken up again with the same Karaoke at 8am, something snapped. It’s not so much the music, nor the incredibly bad singing, as you can drown that out. But it’s the base and the drums. They love that here and as loud as possible is not loud enough. It’s not all about the base, it’s all about the noise. Probably the reason why no one has mufflers on their motorbikes, boats etc. The louder your motor, mine can be even louder…

Anyway, Pleun went to reception to beg them to do something about it. Turns out most of the staff had been to that party the night before, so the few people who had shown up, were working their socks off to get everyone breakfast. Great! Actually it was a great breakfast, but the accompanying karaoke was not. Finally someone showed up who knew the guy butchering all those great songs and went off to ask him to aim the speakers at someone else. It worked!

Christmas day went by in a blur, we walked over the beach (sort of) to Alano Beach (next town over) and had some really nice Thai for lunch. Like, really nice!

Alano actually has a very charming beach with a couple dozen or so little places where you can eat, or buy something or have a drink. Nothing like Borocay, but 100% nicer we concluded. Not too many tourists, although there were plenty. Behind the beach is a main road with more restaurants and places to go, and whenever we wanted to go anywhere, there was always a table available. No Starbucks here, but Dunkin’ Donuts did find this town.

Our friends did some reconnaissance and scouted a good restaurant for dinner, because we did want it to be something special. They did a great job as the restaurant had good food and even better entertainment; we got treated to two live bands with singers who actually could sing.

When we got back to the hotel it was nice and quiet and after a night cap offered by Maggie & Bill, we slept through the night!

Yay, also because we had booked a tour to Bohol, which is famous for the Chocolate Hills. (They are named so because in the summer the grass burns and the then brown hills look like the Hershey kisses, at the moment they are pretty green and the locals call them chocolate mint hills). Apart from the hills, we drove on the rollercoaster road and the chicken intestine road (both aptly named!) and saw Tarsier monkeys (too cute), the man-made forest (nice and cool), a nature park (which sadly was more like a zoo), butterflies (would have been better on a sunny day) and had lunch at a floating restaurant. This is a big thing here and probably everyone on Bohol and Panglao has had lunch here at least once. But the food was actually really nice and the views were good.

The next day we spent on the water, checking out the dolphins and snorkeling in the Balicasag Marine Sanctuary. A sanctuary it is was not… Everyone gets put on a small boat with a boatman who paddles them to several snorkeling spots that are all close to the beach. In hindsight we could have saved ourselves quite a bit of money by walking along the beach and just go in where the other people were. When we got taken to the 2nd snorkel spot, we rejected it. It was so busy that we didn’t feel at all joining all these other people. The boatman took us further and when we got into the water we saw the amazing wall of coral. Beautiful and definitely worth preserving in a sanctuary. They need to work on the preserving bit though!

As far as we are concerned, Panglao and Alano beach in particular is still on the right side of the tourism scale, but only just; it won’t take much to tip the scale and become another tourist trap. Already the kids treat tourists like moneybags and sing tacky Christmas songs at high speed with their hands held out for money…